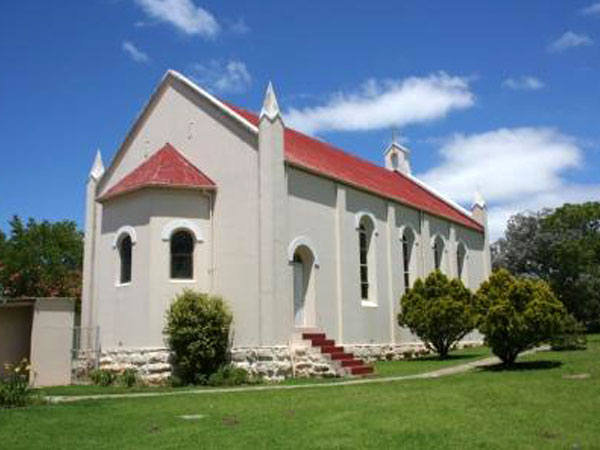 The congregation of St Paul’s Stutterheim is situated in the town of Stutterheim, but has the feeling of a country church. The church bell rings to call for service and sometimes, even a cow or two will pass the gates. In 1858 the ships La Rochelle, Wandrahm, Peter Godeffroy , Wilhelmsbur and Johan Cesar set for sail to East London and the groups of German and Sorb forefathers landed in East London, where the set upon their journey to Stutterheim on oxwagons.

However, the church in Stutterheim originates from 1837 when Pastor Dohne of the Berlin Mission Society started the Bethel Mission Station. Pastor Albert Kropf (Croft) took over from and the services were held in German for the German settlers and in English for the detachment of the British-German Legion. The oldest church building is the Anglican Church St Barnabas, erected by the German Lutherans and dedicated in 1863 as an Anglican Church. On June 25 1864, the congregation of St Paul’s Stutterheim was founded and Pastors Kroft and Beste were the first shepherds.

For 28 years the Bethal Church was the home of the congregation but in 1890 the properties in Louisa, Shone and Augustine street were bought and the corner stone was laid on 18 May 1893 and the new Church dedicated on 11 January 1893 and the parsonage was complete on1 Feb 1894. Baron von Stutterheim came with the Third Regiment of the British-German Legion to South Africa, he was a much loved general and the town hails its name from this leader.

The various churches in Stutterheim, to this day, endeavour to work together in the community to shine the light of Christ and enjoy many joint ecumenical services in the same spirit as the founding fathers, with the mission to bring the message of grace to the community. The beautiful windows of the Church, coming from Keiskammahoek, invite the churchgoer to look at Jesus and be disciples, like St Paul’ and St Peter, who are portrayed in glass-burnt art. 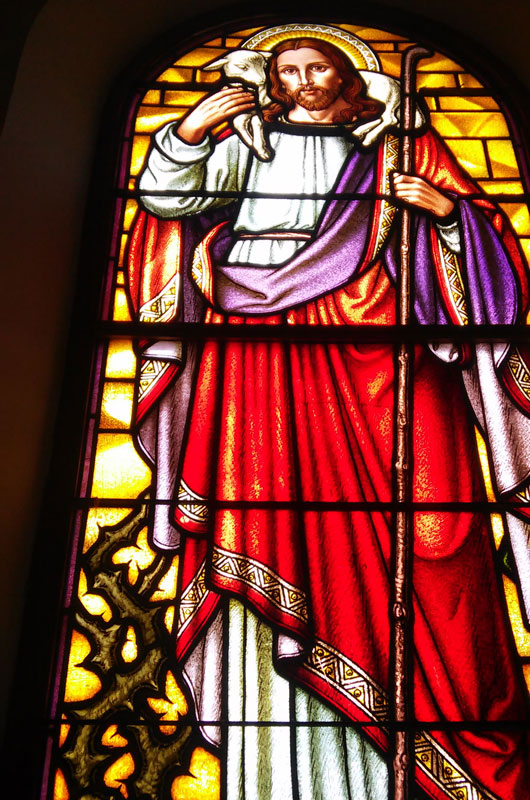