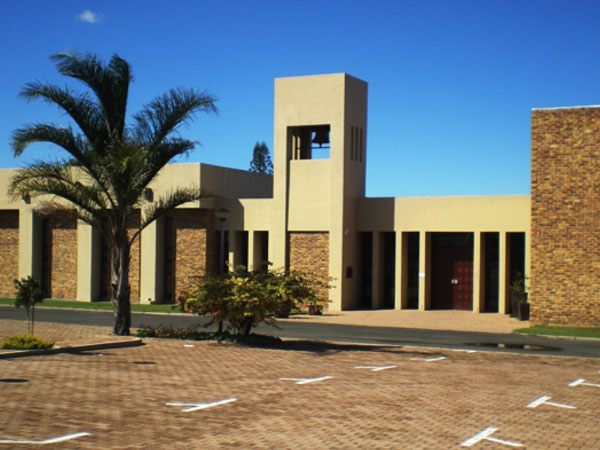 The congregation was established in 1858 at Frankfort, King Williams Town.  The church continued to function till 1980 when Frankfort was incorporated into the Ciskei.   The decision was taken to relocate the church to another centre.  After much thought and debate, Beacon Bay was chosen and a plot was bought in Edge Road, Beacon Bay.   Since moving to Beacon Bay, St Crucis has taken on a totally new character.  It has changed from a rural church which served the farming and trading community around Frankfort – a rather scattered congregation with worship services and Sunday school on Sundays, to an urban centre of worship. The Annual Bazaar, where traditional German sausages are still made, is a feature on the East London calendar and an event where the congregation is very actively involved.
Lutherans believe that the gift of Eternal life is obtained by Faith alone.  Faith is the knowledge, acceptance and trust in the promise of the gospel.  Faith is a gift from God, created in the hearts of Christians by the work of the Holy Spirit through the Word and Baptism.